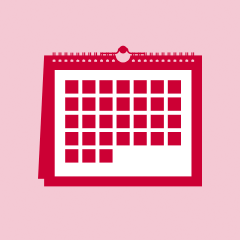 Export to Outlook or iCal (.ics)

The conference encompasses all of the arts including visual, music and worship, film and production, dance, drama and theater, and writing. The purpose of the conference is to motivate and inspire emerging and experienced artists, as well as art lovers. Attendees will have their choice from an array of workshops along three separate tracks: Visual Arts, Music, Film, Drama, Writing & Storytelling, Media & Tech. Group general sessions will be led by special guest artists and performers.

The workshops and events will be held in various locations throughout the Naples/Fort Myers area, and will also include:

Douglas C. Mann, conference keynote speaker, is a record producer, songwriter, music business and book publishing executive and missionary. He is the author of “The art of Helping Others: How Artists and Serve God and Love the World.”

Guest presenter Deborah Ford is an actor and author and has a diverse background, In the past two decades Ford has been a part of the entertainment industry as an officer of the United Film & Television Artists (UFTA), a member of the Southern Ohio Film Association (SOFA), Marco Island Writers, Gulf Coast Writers Association, and others. Ford also penned the screenplay "Casting," which was used to create a short comedic documentary of the same name in early 2014. Ford co-directed and co-produced the film as well.

Early registration is $109 per person before September 30, 2014, and $129 thereafter. Group and student rates are also available. Concert tickets are $15 per person prior to September 30 and $25 at the door. Participants are encouraged to couple their conference participation vacation time in warm and inviting Naples, Florida. The Staybridge Suites Naples offers special conference discount rates.

For more information on SCA, the conference, conference registration and lodging, visit: www.scaconference.com