Mary Magdalene at the Tomb 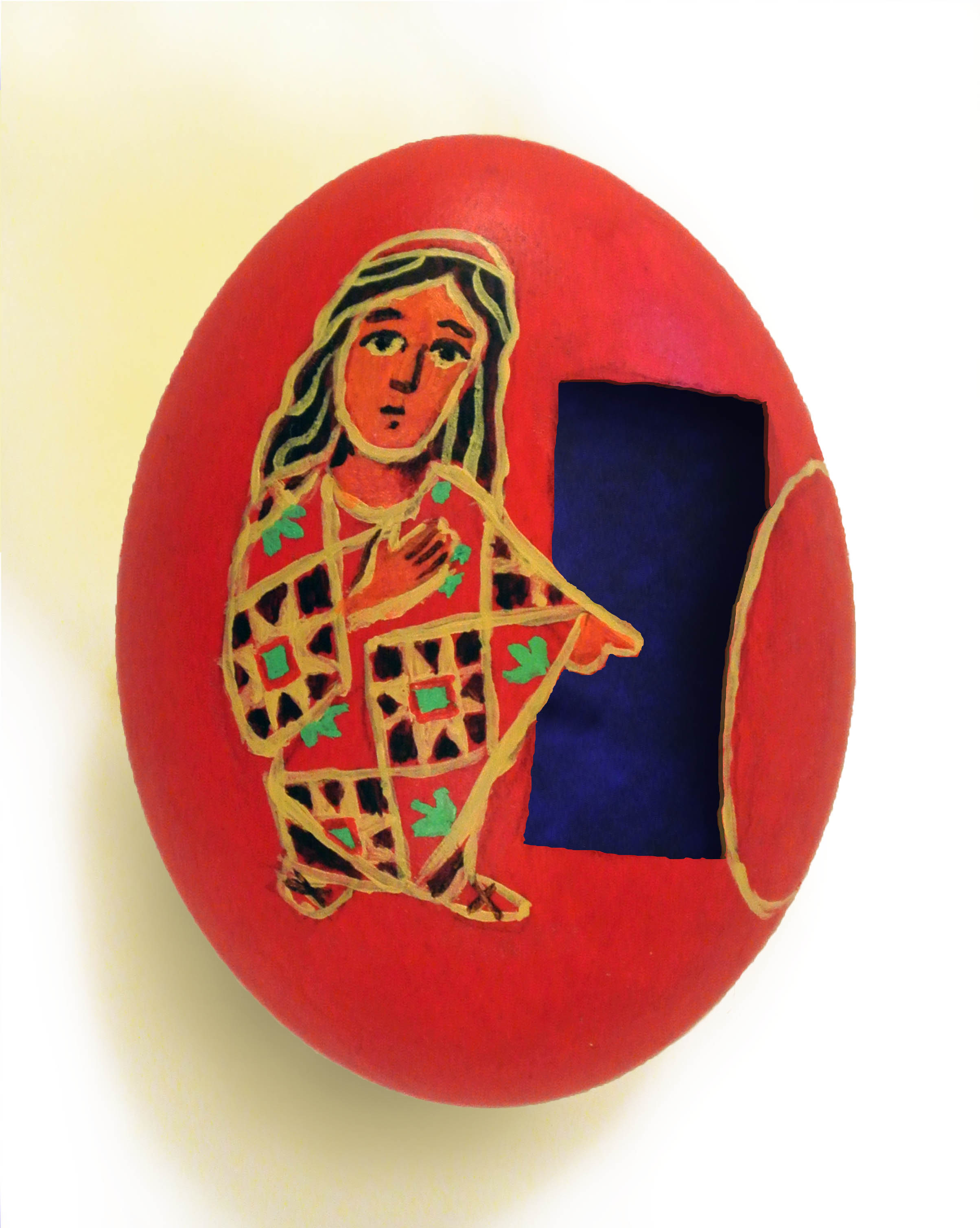 John 20:1,16 The Empty Tomb.
On the first day of the week,a Mary of Magdala came to the tomb early in the morning, while it was still dark, and saw the stone removed from the tomb...
Jesus said to her, “Mary!” She turned and said to him in Hebrew, “Rabbouni,”* which means Teacher.

In Eastern Orthodox iconography, Mary Magdalene is often depicted holding a red egg, symbolizing the resurrection. According to tradition, Saint Mary Magdalene, who had patrician rank, gained an audience in Rome with the emperor after the Crucifixion and Resurrection of Christ. She denounced Pilate for his handling of Jesus' trial and then began to talk with Caesar about Jesus' resurrection. She picked up a hen's egg from the dinner table to illustrate her point about resurrection. Caesar was unmoved and replied that there was as much chance of a human being returning to life as there was for the egg to turn red. Immediately, the egg miraculously turned red in her hand! It is because of this tradition that Orthodox Christians exchange red eggs at Easter. Colors and patterns inspired by Ukrainian pysanka eggs.
Acrylic on Eggshell.