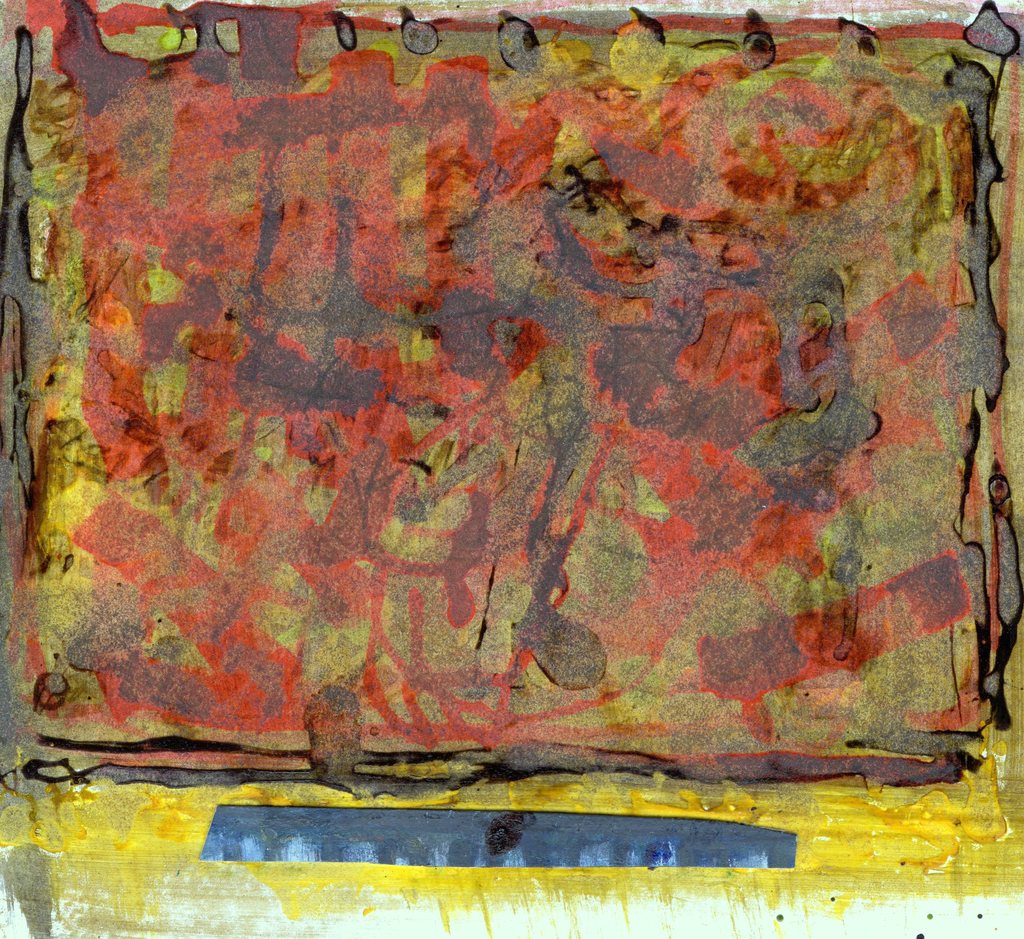 This image came about through pondering the Katyn massacre. http://www.katyn.org.au/ Stalin's order of March 1940 to execute by shooting some 25,700 Poles, including those found at the three sites, was also disclosed with the collapse of Soviet Power. This particular second world war slaughter of Poles is often referred to as the "Katyn Massacre" or the "Katyn Forest Massacre". I had worked for hours on a painting which included forest elements, but couldn't bring it to a close. I wanted the earthy tones and stain of blood but not as the last word, for through faith even "while weeping o'er the grave we make our song 'Alleluia. Alleluia. Alleluia."