Jeremiah, ירמיהו - "raised up by the LORD" 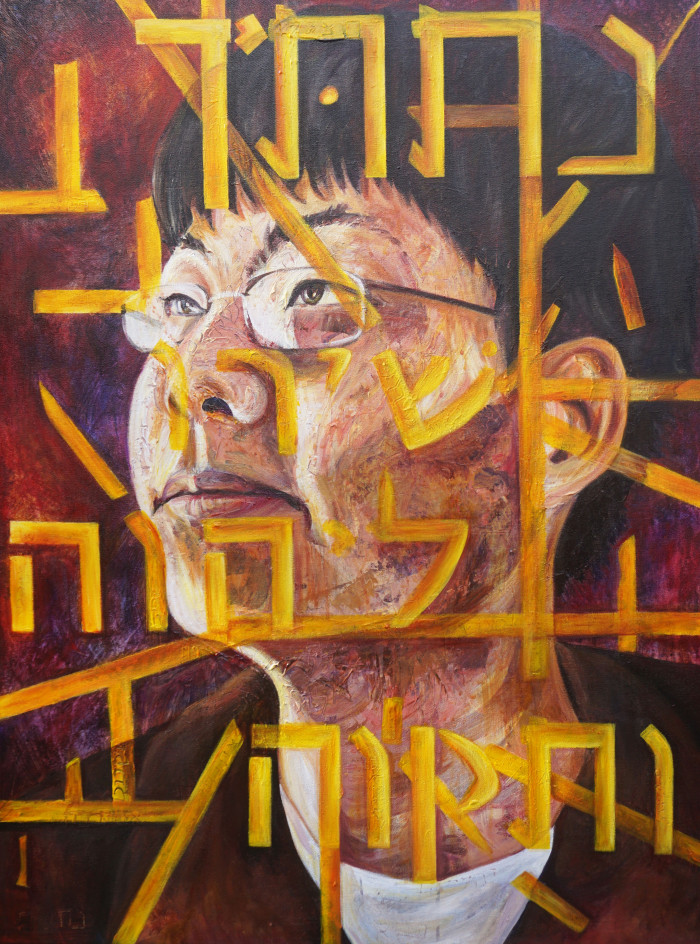 The Hebrew text in the painting comes from various passages in the book of Jeremiah. From the top down: " I appointed you"(Jeremiah 1:5), "Sing to the LORD" (Jeremiah 20:13) and "and a hope"(Jeremiah 29:11). Jeremiah the prophet had a difficult task to speak God's Word to a people who didn't want to hear it. When God first called him, he did not feel adequate(Jeremiah 1:6). But God promised to be with him and rescue him (Jeremiah 1:8,19). He would make Jeremiah a "fortified city, an iron pillar and a bronze wall to stand against the whole land"(Jeremiah 1:18). Jeremiah foretold the destruction of Jerusalem and the captivity of Judah, which made him hated by the people. At times, he despaired because of the predicament he felt the LORD had given him (Jeremiah 20:7). But despite this, he knew the LORD was with him (Jeremiah 20:11), and he sang praise to Him(Jeremiah 20:13) even in hard times.

This is a portrait of another Jeremiah, who was named after the man described above. Although separated by many millennia, the two share an enduring faith and hope in God, who is eternal.

And like his namesake, this Jeremiah, who has been gifted with a beautiful voice, could join with his predecessor and say, "Sing to the LORD! Give praise to the LORD! He rescues the life of the needy from the hands of the wicked." (Jeremiah 20:13)