Artists cannot escape being so attached to our work, in that our art is akin to our DNA being… Inner world experiences are powerfully expressed through art.  My inner world experiences are expressed through my abstract expressionist paintings.  Using my advanced brushless ‘drip & splash’ technique, I can accomplish deeply satisfying levels of expression and abstraction.  The vigorous application of paint, allows me to be fully immersed in my… 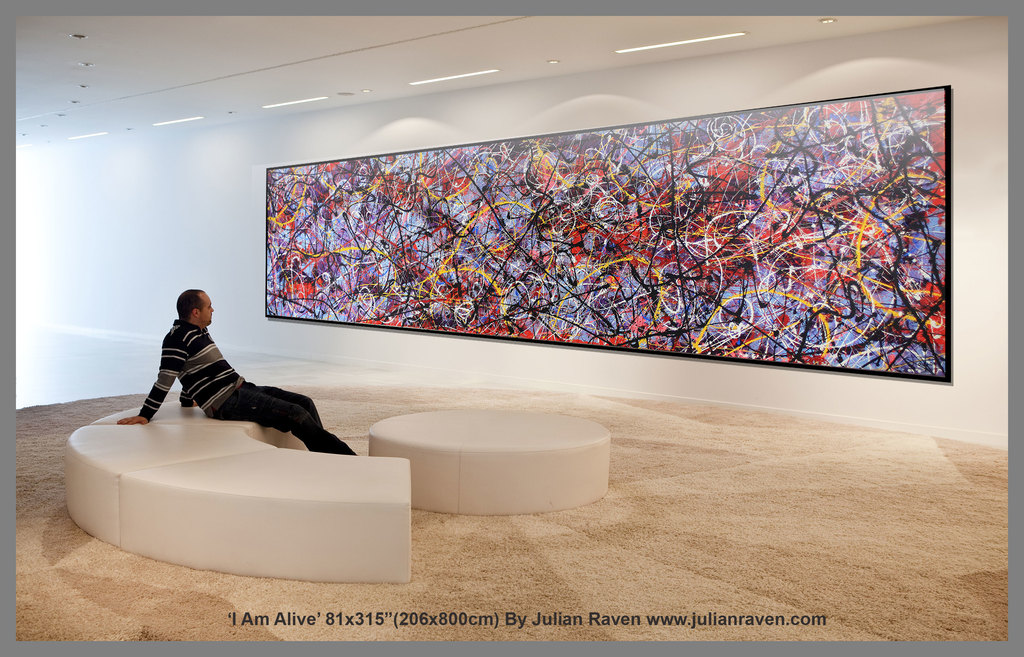 Expressing the condition of one's inner most being is for me the artist's highest goal and driving force. In a world full of misery, chaos and ugliness, even in the art world, my art takes me to places of passionate spiritual energy, worship and ecstasy.

Dealing With Fear And My Tribute To Alan Henning Dealing With The Fear of Death and My tribute to Mr. Alan Henning.

In the light of the recent public TV slayings of two US journalists and two Aid workers by the infamous terrorist group know as ISIS, I was moved to respond.  The fear-mongering, cowardly terrorists know their game of terror and horror well.  Their remix of medieval brutality…

Artist donates painting to the City of Elmira, New York The piece had been exhibited at an earlier art show in city hall and has been on display on the third floor, Skidmore said.

"I love the colors, and it is certainly indicative of dying and rebirth," she…

Persistence...the key to overcoming. When we meet with continuous obstacles, difficulties, trials and tribulations which this world throws at us it is this key that unlocks our success despite our adversaries.

Jesus taught that the friend who goes to his friend at night when he is already in bed and asks for bread will get it because he asks until he gets it. He gets it not because he is his friend but because he does not let up! Then there is the old woman demanding justice…

Snow Storm in Elmira, New York. Living in the woods up a big hill!

I had painted 14 paintings to give away last month as an Art Promo as i get established in Elmira, New York as an artist. I had tried a multitude of venues at the local mall, stores, galleries, even a ministry outreach, local Art Center and other media stations. My offers were either ignored or I received a polite 'no thanks'.

After nearly a month of discouraging results at my efforts I was on twitter the other night. I was trying to get my account active and learning how to make it…

Divine Energy, The Building Block of Creation and Ousiaism

I cannot shake the sense of power, intensity and energy that I both feel and perceive.  The world, all living things, all inanimate objects are made of divine energy of one form or another.  Whether 'spirit' is actually the purest of energies can be debated, but it seems to be some form of energy or at least energy like.

Matter, compressed energy, hard things like rocks and steel are composed of microscopic, yes very very small moving parts.  All these parts vibrating, all moving in…

We had a winner! Art raffle...

Giving art is a blessing! 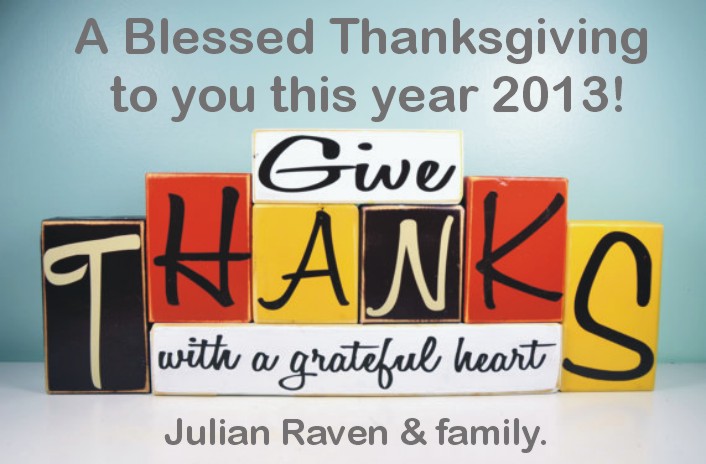 What makes someone grateful?  Why are some people ungrateful? Being grateful is based on our…

I love paint!  Loads of thick, rich, bright colorful paint.  In some ways I wish I could eat it since many times the colors and textures look good enough to eat!

The impressionists became the masters of using thick creamy oodles of fat oil paint smeared on the paint surface creating new textures and feelings that cannot happen with paint that is applied very flatly.  This is why the impressionists always appealed to me and they inspired me to paint in a similar manner.

The intensity and passion within me has always sought release and expression in a creative way.  This process has been refined through the years as I have tried many mediums to experience that ultimate creative release, not just through art. I used to picture…

Hello, my name is Julian Raven...Introduction

Hello, I am sharing my story below from my website.  It is tailored to the unbeliever so it is discreet about my faith.  It does not cover my conversion to Christ, when I was born again.  I will share that another day.  It is a decent portrait as an artist.

Since I can remember, art was always a part of my life.  The gift has come down to me from my grandfather on my…